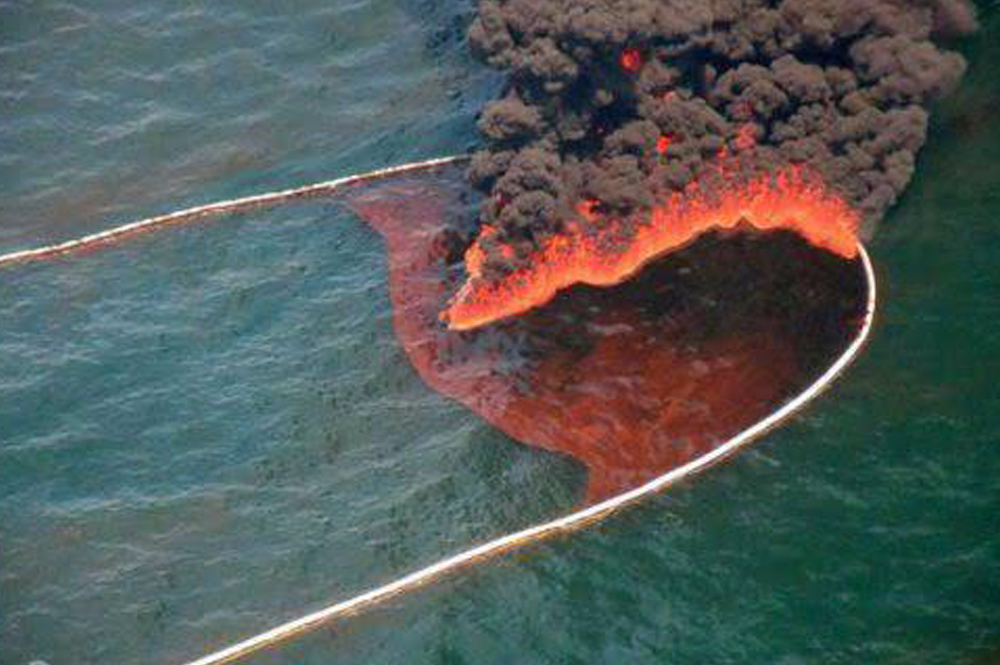 Today when view the world, we look at it as a global village with transcending continent boundaries, where all the countries are racing towards growth, modernisation and dynamism with mutual trade and transactional relations. This rush for ground-breaking expansion and development is led by the lifeblood of nations which is “oil-the most crucial energy resource”. Oil underpins the modern society but at the same time its exploration and transportation possess an appalling threat to the environment.
Oil is a major pollutant in the ocean and marine oil spill is one of the major threats to the fragile water bodies, aquatic life, flora and fauna. The consequences of oil spill are profound and irreparable, thus the problem has attracted much attention from stake holders, policy makers, technologists, environmentalists and local people from the coastal regions.

The solution to oil spills…
The purpose of any oil spill response is to minimize environmental damage that could be caused by the leak. Dispersants are used to accelerate the removal of oil from the surface of the sea by greatly enhancing the rate of natural dispersion of oil and thus preventing it from washing ashore. Thereby, oil spill incidents need to be addressed by way of advance preparedness and planning.

Chemical oil dispersants due to their ease of application have been preferred to other methods for oil spill management. Thus, to safeguard the environment and prevent such callous disasters, FOAMTECH ANTIFIRE COMPANY being the pioneer researcher and manufacturer in the field of fire-fighting and allied chemicals, has developed the “FOAMER Brand Oil Spill Dispersant”. This effortful product has been tried, tested and approved by Council of Scientific and Industrial Research -National Institute of Oceanography (CSIR-NIO), Goa India.

FOAMER Brand Oil Spill Dispersant is a chemical that can be applied directly to an oil slick and assists with breaking up the oil slick into small droplets ranging in size from a few micro meters to a few millimetres. It catalyses the dispersion of oil droplets into the water column which causes dilution to less harmful levels and eventually being used up as food by the microbes like bacteria present in the water column. Thus, this accelerates the natural process of bacterial degradation and dispersion, assisting the biodegradation of the oil in the environment. Not only this, but also it removes surface oil and protects birds, marine mammals and the sensitive coasts from the hazardous effects of oil spill.

In conclusion…
With the advent of globalisation there are numerous risks and environmental hazards associated which can’t be mitigated but surely can be minimized with such ingenious research and product innovations.
For any further technical or commercial enquiry one can contact us on the below email

No products in the cart.