Where Fire Extinguishers Are Required! 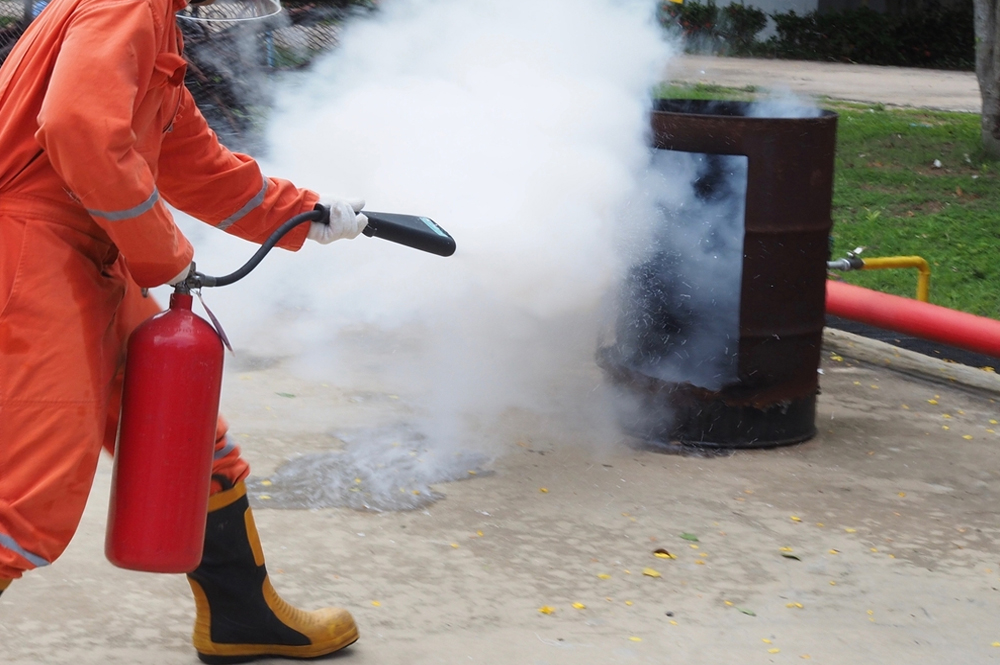 HI-EX FOAM CONCENTRATE: DEFINITION, USAGE, HOW IT WORKS AND EVERYTHING YOU NEED TO KNOW!

Bad things don’t come with prior notice, they just happen at any time, at any place! And it’s not like that something bad cannot happen to you, in fact, any mishappening can occur in anyone’s life. We surely can not stop that but we can at least be prepared to face that as it is well said,” Prevention is better than cure”!
So we all should be prepared to face mishaps like getting caught in a fire! If you are caught in a fire then there are very few chances that you can survive it without proper safety equipment!

AT HOME
Our house is a place where we spend a good amount of time and its a must to keep at least one fire extinguisher in our home. But the place where it originally should be placed is in the “kitchen” as 70% of fire starts in the kitchen!

AT WORKPLACE
The second home “our workplace” is the place where fire extinguishers should definitely be present. Workplaces like factories, garages, service, and manufacturing areas contain flammable liquids and thus, these places can easily catch massive fires. And workplaces like MNCs or any other company can also easily catch fire due to electrical damage. So its really necessary to have fire extinguishers at our workplaces.

AT SCHOOLS
Most of the time it is believed that there is no use of fire extinguishers in school. There’s no way by which a school can be caught in the flames of fire but it’s not true as there are more chances of a school getting caught in flames. There are so many combustible things in school that can easily catch fire. There are hazardous chemicals in labs, LPG in the school canteen, or maybe a short circuit could cause a fire. Hence, it is clear that there are several factors that can cause a fire in a school so its really important to have a fire extinguisher in schools.

AT HOSPITALS
A hospital is a place where thousands of people go to get treatment but that place is also not safe as a fire can break out there also. It can be due to electrical damage, medical equipment, laundry dryers, boiling equipment, and many more things. It’s really necessary to have fire safety at hospitals too.

AT MALLS
A mall is a place where people go to spend their leisure time and enjoy. Who knows you may end up getting caught in a fire. This place is also vulnerable to fire as it has so many electrical appliances running a fire may break out due to electrical damage. A fire can even be caught due to some problem in the kitchen of restaurants.

So it’s really necessary to be ready for any kind of unforeseen danger. These are some places where the presence of a fire extinguisher is a must!

No products in the cart.